Academic Commencement Ceremony for Doctors of Philosophy of «KROK» University 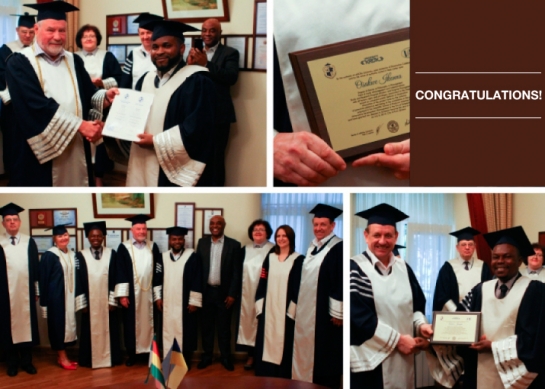 Among the guests of the event representatives of Nigerian Embassy in Ukraine, Mr Abdulkadir Kabiru and our PhD Degree candidates Asare Joseph and Osakwe Ikenna were present.

A year later, in 2015, Asare Joseph, Ghanian, Master in Business Administration, joined the program. He began his studies at Volodymyr Dahl East-Ukrainian National University, but graduated from «KROK» University in 2015.

Both graduates successfully completed the educational and research components of the doctoral program, and on July 3, 2019, successfully defended their Thesis at Dissertation Commission of «KROK» University.

«KROK» University is proud of our Doctors' of Philosophy success and wishes them the great future achievements!

Here is the photo report 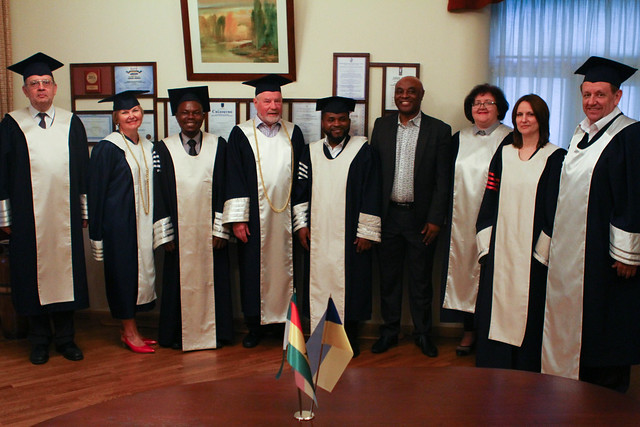 More in this category:
Educational and Introductory Internship of international students
Congratulations to the winners of the 6th All-Ukrainian Competition for the best student thematic excursion »
back to top
« »