Meeting with students of English-taught programs 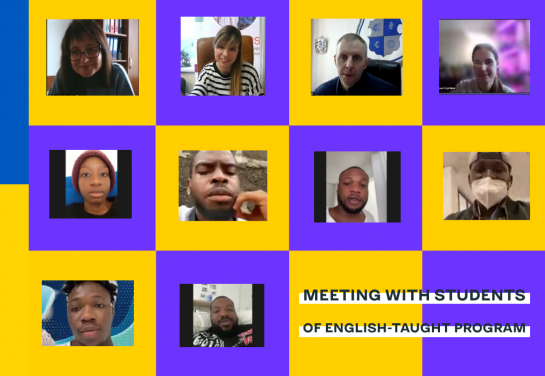 The event was attended by students of the 2nd-4th years of studies of the following majors: "Management" (English-taught program), "International Business", as well as the 2nd-year Master’s students of "International Economic Relations" major, the educational program "Export-Oriented Management.

During the meeting, the students received information about the organization of educational process in 2022-2023 academic year, and also had the opportunity to ask the administration questions that concern them.

We sincerely thank the students for their active participation in the event!

Selection of students to participate in a workshop in Poland 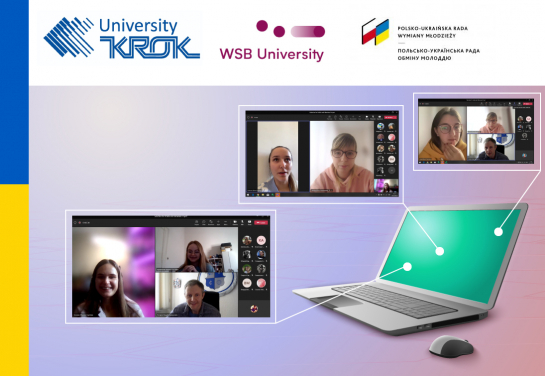 On September 23, 2022, the selection of students to participate in a week-long workshop within "Social responsibility of young entrepreneurs and sustainable development" project was conducted. The event will be held in Dąbrowa Górnicza, Poland, with the support of the Polish-Ukrainian Youth Exchange Council.

Congratulations to the students of "KROK" University for successful passing of the selection!

We wish you a successful and useful week in Poland and a worthy presentation of "KROK" University to the international community! Good luck with your projects!

Meeting of University and College administration with student body 2022 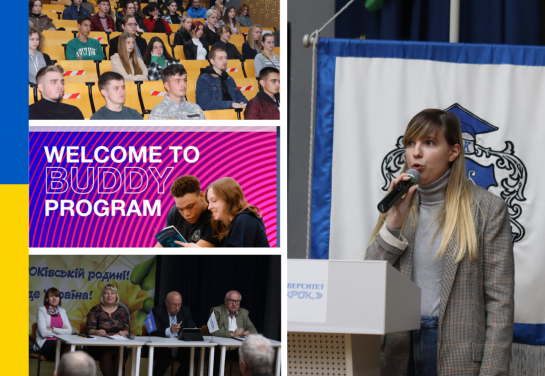 On September 20, 2022, a traditional meeting of the University and College administration with the student body took place online (Teams) and offline (the assembly hall of "KROK" University).

The meeting took place in the form of a friendly dialogue, during which the student activists had the opportunity to express their opinions and their own visions, as well as directly communicate with the administration, consisting of: Rector Andriii Kuchko, First Vice-Rector Nataliia Litvin, Vice-Rector for Scientific and Pedagogical Work (Legal Education ) Anatolii Frantsuz, Vice-Rector for Scientific and Pedagogical Work (Corporate Governance) Nataliia Nakonechna, College Director Liudmyla Sumbaieva, Director of Educational and Scientific Institutes of information and Communication Technologies Valentyn Rach, as well as Heads of departments.

Rector Andrii Kuchko emphasized that such meetings are an important component of improving the quality of education at the University and College.

Nataliia Litvin, First Vice-Rector, spoke in more details about the organization of the educational process in the online format.

Director of Student Office Liudmyla Slepenko congratulated students with the beginning of the academic year and reminded about the benefits of using the new application Telegram assistant.

After the speeches of the representatives of the administration, students actively asked various questions, important for the student community. At the end of the meeting, Nataliia Nakonechna once again emphasized the fact that "KROK" University is a territory of honesty, openness, anti-corruption and student-centeredness.

We sincerely thank the students for the active position shown during the meeting. We hope for further fruitful cooperation and constructive dialogue in all formats! 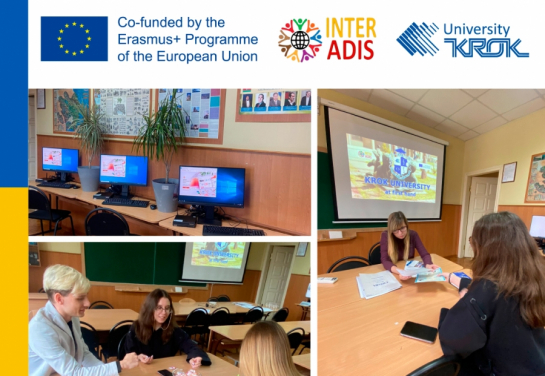 In September 2022, a coworking zone, which was equipped within the INTERADIS/International Students Adaptation and Integration project, began operating at “KROK” University.

The room will be used for various cultural and information events, networking, as a place for communication between Ukrainian and International students. Moreover, foreign applicants may fill out the application forms here, order certificates online, and get personal consultations on admission.

Students can also use the equipment in this room to join online classes, do the assignments, projects, etc. From September 1, 2022, a free wi-fi zone is available in the room. The coworking zone is equipped with computers and a beamer. If necessary, students have the opportunity to take the laptops at the Educational and Scientific Institute of International Education.