Universities’ Ranking on the Basis of Scopus Indicators 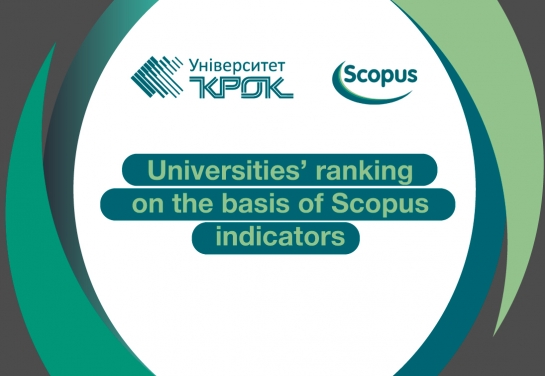 The annual Ukrainian HEIs’ ranking on the basis of Scopus data indicators has been recently published.

Congratulations to «KROK» University on the improvement of the level in the ranking of Ukrainian HEIs on the basis of the data indicators of scientometric Scopus database (+7 positions).

More in this category:
Presentation of INTERADIS Project at Third Ukrainian International Education Forum
Selection of students for academic mobility programs »
back to top
« »