«KROK» University is Again Among the Best Private Universities in Ukraine! 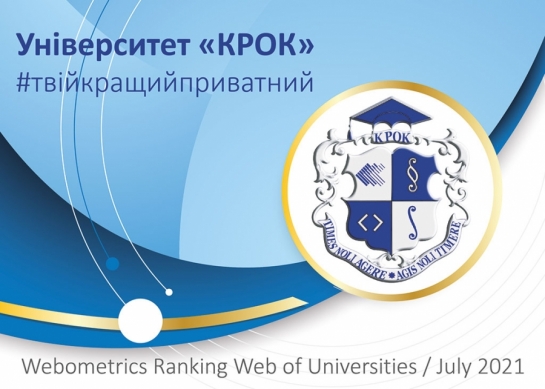 The international project «Ranking Web of Universities (Webometrics)», which assesses the presence of higher education institutions on the Internet, has published its July 2021 ranking. According to it, «KROK» University is one of the leaders among private universities in Ukraine!

Webometrics is considered one of the most authoritative web rankings among educational institutions and one of the largest scientific institutions in Europe - Spanish National Research Council. The main idea of the ranking is to assess the scientific, educational and social mission of universities indirectly through the indicators of the university's representation in the web space.

Congratulations to «KROK» community with a worthy result in «Webometrics Ranking of World Universities»!

More in this category:
Congratulations to Master's Graduates of Ukrainian-Austrian Program!
National Student Forum »
back to top
« »