Congratulations to SPG On Their Successful Participation in UPSHIFT 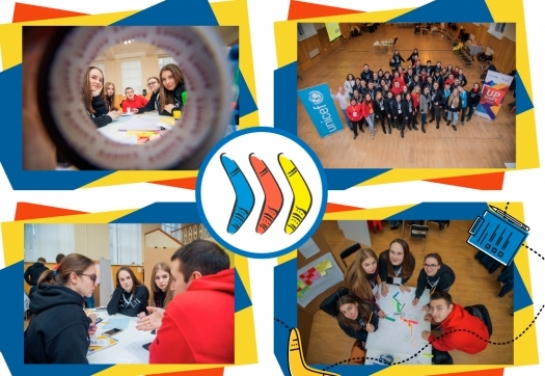 At the end of November and beginning of December 2019, SPG student project team of «KROK» University participated in the youth innovation program UPSHIFT.

According to the participants’ words their project team will not stop developing and reaching the tops! It was a rewarding and exciting event where the team members carefully developed a strategy for solving important social problems, gained some experience in project design and had a great time surrounded by incredible people for three days! They are grateful for the opportunity to participate in such a large-scale project and will keep on going!

More in this category:
Seminar - Training «Entrepreneurship in Ukraine and Germany: Comparisons and Conclusions
All Ukrainian Youth Forum «GreenMindGeneration» »
back to top
« »