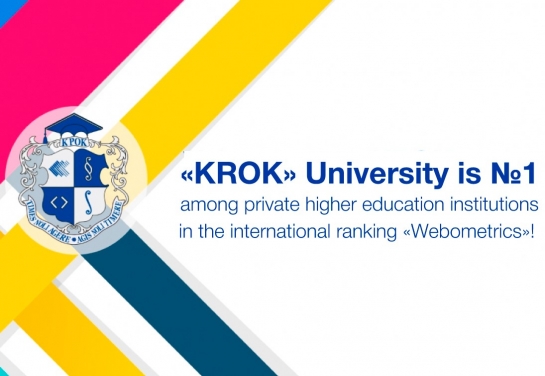 We congratulate KROK University on the 1st place among private institutions of higher education of Ukraine in the International ranking «Webometrics»!

The Webometrics Ranking of the World's Universities has published a ranking of world universities in terms of their online presence as of January 2020.

For over 15 years, Webometrics has been surveying over 25,000 world-class sites that have their own web resources. The main idea behind the ranking is to evaluate the scientific, educational and social mission of the universities indirectly through the indicators of the university's presence in the web space.

More in this category:
About Project «Mediation: Learning and Society Transformation (MEDIATS)»
КЕPІТ is A Participant of All Ukrainian Social Project «Scholarship in Ukraine» »
back to top
« »