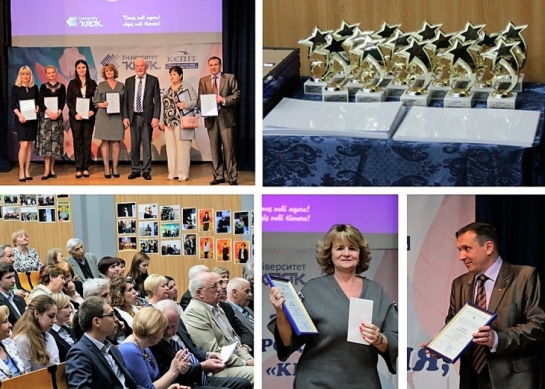 The joyous atmosphere filled the assembly hall where the solemn meeting of the staff took place. Sergii Laptiev, Rector of the University, opened the event. KROK's birthday is a great opportunity to revise and thank those who create its’ future.

Volodymyr Lobodaiev, Vice-Rector for Scientific Work, congratulated everybody with the anniversary and noted those involved in the successful organization and hosting of the II stage of the All-Ukrainian Student Olympiad on the subject «International Law (Public, Private)» and awarded them with Gratitudes.

We sincerely congratulate all members of «KROK» family on our common holiday! Thank you for being with us at every step to the new vertices! We wish you success, peace and prosperity!

More in this category:
ІІ stage of the All-Ukrainian Student Olympiad
International students visited Design Hotel «11 Mirrors» »
back to top
« »