We celebrate the Independence Day of the Republic of Finland 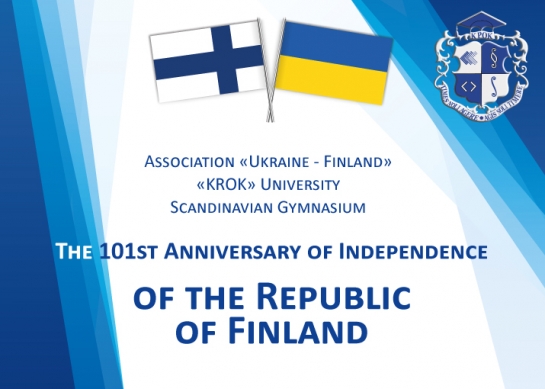 On December 4, 2018, the festive events on the occasion of the 101st anniversary of the independence of the Republic of Finland were held in the assembly hall of «KROK» University.

The public holiday – The Independence Day - is celebrated in Finland in the first decade of December. The date of the celebration is timed to the day the Declaration of Independence was adopted in 1917. Festive events on the Independence Day are very popular even overseas. So, in particular, every year one of the higher educational institutions of Kyiv has the honor to celebrate the independence of Finland and receive honorary guests - the Ambassador Extraordinary and Plenipotentiary of the Republic of Finland to Ukraine Mr. Juha Virtanen with his wife. This year, «KROK» University has been honored with such a privilege.

At the beginning of the event, the President of the «Ukraine-Finland» Association, Professor Borys Tsyhanka, was invited to give his solemn word. He congratulated all those present on the holiday and emphasized the friendly relations between Ukraine and Finland for many years.

The next person to give his solemn word was the Ambassador Extraordinary and Plenipotentiary of Ukraine, President of the Association of Ukrainian-Hungarian Friendship, Vice-Rector of International Affairs, Head of the Department of International Relations and Journalism, Dr. of Political Science, Professor Dmytro Tkach.

During the holiday, there was a sincere and friendly atmosphere in the assembly hall. The students from the Scandinavian Gymnasium also congratulated, performing the literary-musical composition «With Finland in the heart».

Everyone enchantedly enjoyed the work of the authorship «Light of love» and the music for the film «The Schindler’s List» performed by violinist from Germany, Lisa Hesse, and the concertmaster, Associate Professor of Petro Tchaikovsky National Music Academy of Ukraine Nataliia Lukashenko.

All the spectators were pleased with the bright performances by the students of «KROK» University, namely: the dance group of the KROK University «K-girls» with the dance «Finnish Polka» (choreographer Alina Holtseva), vocalists Anastasiia Hryhorets and Aliona Shapatailo with songs «Kvitka dushi» (The Flower of the Soul), «Yak u nas na Ukrayini» (How is it in Ukraine) and Vladyslav Shamrin with the song «Who am I for you?».

We sincerely thank the Ukrainian-Finnish Association and the Scandinavian Gymnasium. We hope for further support and development of relations between Ukraine and Finland. Goodbye for the moment!

Here is the link to photo report of the event: 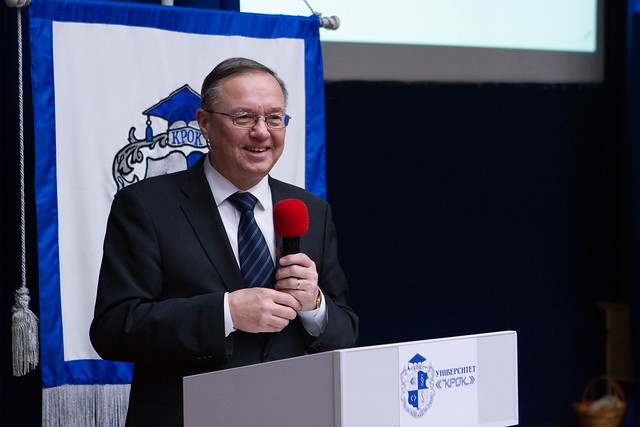 More in this category:
Festival «Presentation of the Countries by KROK Students»
New Year's party: Winter Party 2019 »
back to top
« »