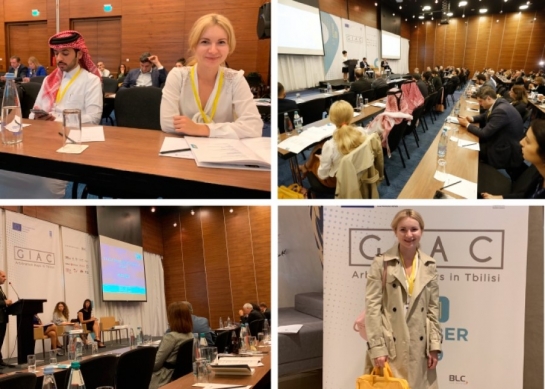 At the beginning of October 2019, the international conference «GIAC Arbitration Days» was held in Tbilisi (Georgia). Victoriia Polishchuk, a lawyer, a teacher at Business School «KROK», a graduate of «KROK» University participated in it.

More than one hundred judges, practicing arbitrators, mediators, lawyers, government officials and business representatives from the European Union, Central Asia and Georgia discussed the latest international economic dispute resolution, the impact of arbitration and mediation on Georgia's national economy and the prospects for cooperation between different countries.

We congratulate Victoria on her successful participation and wish her further broadening scientific horizons, as international exchange of experience is an important element of scientific activity.

More in this category:
Congratulations to Associate Professor of the Department of National Economy and Finance Svitlana Pletenetska!
Foreigners’ Acquaintance with Ukrainian Culture »
back to top
« »